As set designer for Diana Krall’s  2001 World Concert Tour, I was asked for a design based on the Canadian artists The Group of Seven. To this end, I used an image by Tom Thompson for the stage and a Lauren Harris image for the backdrop to which I added a special effect UV painting of the Northern Lights, true Canadiana. Besides being responsible for the design and creation of the set I also organized the live video projection system, this consisted of a number of remote control camera positions as Diana finds it distracting to have camera people in her line of sight while playing. 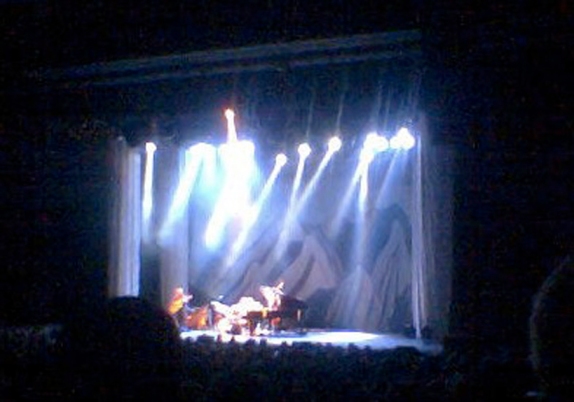